Home » Cryptocurrency » JPMorgan Up On its $146,000 per Bitcoin Price Target Again
CryptocurrencyWorld Economy 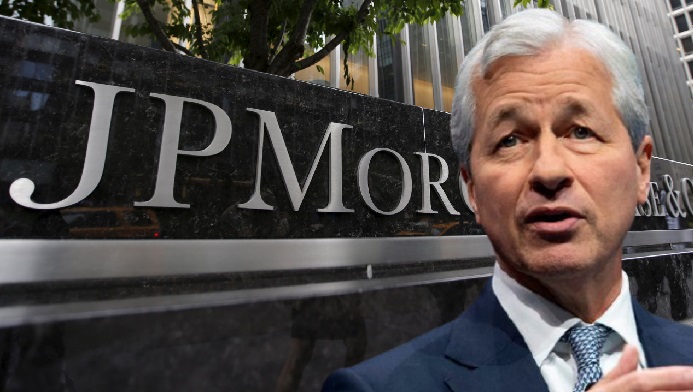 Bitcoin is on a roll, and it’s not surprising. The cryptocurrency has experienced an unprecedented bull run over the last year with its market capitalization reaching nearly $1.2 trillion – enough to make BTC one of the more valuable investment tools out there today.

Bitcoin has become an important investment tool for investors who want to take advantage of this suddenly popular marketplace. The value increase over the past year alone shows how much faith people are putting into cryptocurrencies; it’s almost like they’re becoming currency again!

JPMorgan, an investment bank based in the US recently raised their price target for Bitcoin to $146000. This increase reflects growing institutional adoption and investor confidence as well as other factors which have fueled the upward momentum of crypto values over recent months.

Digital currencies are becoming more popular and people from all over the world want a piece of it. The demand for this type of money is growing by leaps and bounds, with many countries legalizing bitcoin as well. “Considering how big the financial investment into gold is, any such crowding out of gold as an ‘alternative’ currency implies big upside for bitcoin over the long term,” reads a digital report by the Business insider in part.

Bitcoin’s price, like any other asset that is based on supply and demand, has been subject to the whims of economic cycles. The bank mentions how Bitcoin can still grow in value if there are fewer fluctuations over time because people will want it more when they see its steady decline as volatility goes down across all cryptocurrencies.

JPMorgan outlined some issues related to bitcoin trading – mainly concerning long-term price growth for this crypto-asset while acknowledging risks involved with potential losses should things turn out differently than expected.

Bitcoin and other cryptocurrencies emerged as a clear winner in the post-pandemic international economy. The JPMorgan report noted that, while fiat currencies have seen their value decrease due to inflation or increased supply which led people turn away from them for faster alternatives like Bitcoin (BTC), governments are starting to take an interest thanks largely because they can see where all this will lead – economic stability worldwide. The world of finance was revolutionized in 2021 when several global hedge funds and family offices entered the crypto market.

In the wake of a global downturn, countries around the world have been reporting an increase in inflation rates. This is due primarily to economic issues caused by unchecked panic and widespread fear that has resulted from recent pandemics such as the Coronavirus.

Bitcoin has been a tough competitor to gold as an inflation hedge. According to JPMorgan, Bitcoin is seen by many investors and traders alike because it can be used for both buying goods or services from physical stores around the world with low transaction fees but also trading in large amounts without being limited by currency exchange rates like USDT (Upside Risk).

Panigirtzoglou adds, “The re-emergence of inflation concerns among investors during September/October 2021 appears to have renewed interest in the usage of BTC as an inflation hedge. Bitcoin’s allure as an inflation hedge has perhaps been strengthened by the failure of gold to respond in recent weeks to heightened concerns over inflation.”

Bitcoin’s high volatility is its only weakness. Despite the concerns, JPMorgan highlighted a possibility for BTC to break above $146K in the future. A comparative analysis showed that Bitcoin’s current price level volatility is nearly five times higher than Gold’s rate of movement -Bitcoin still has potential despite these challenges.